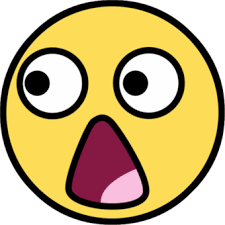 OK, so I know I wasn’t the only person in the world whose facial expression was like this emoji when this picture below of Spice was presented. I think anyone who seen this picture, felt the same way I did:

I think all of us had a million in one questions when Spice dropped her picture on Instagram of herself as a white women.

Now, if you don’t know of Spice, she is currently the Queen of Dancehall
(DEBATE ME! Y’unno no she d’serv di tykkel [Yanksta Lingo]).
I’ve grown up listening to Spice. She’s the reason “Mi Nuh Fight Ova Man.”
Ms. Grace Hamilton, aka Spice, is a dancehall artist reigning from Jamaica. She’s internationally known and has been in the music world since the early 00’s, but if you’re from the States(United States of America), you probably have just recently come across her these past couple years because of her presence on VH1’s Love & Hip Hop: Atlanta.

I don’t know how a lot of people view Spice due to Love & Hip Hop, but what I knew Spice for growing up was her incredible lyricism [SCARN DEM!], her sarcastic and witty punch lines, and her blunt sassiness presented within her music.
You really get a good taste of Spice’s personality in her music. You can tell she’s a fun person,  a jokester, but she can also be RAW, which is why her name suites her oh so well. Add a little kick of Spice to that…
A beautiful and confident “DARK” skin women who has no shame within her skin. This is what Spice represented to me.
So understand how hurt I felt seeing this image of her, but once she released her song “Black Hypocrisy”, I couldn’t even be mad at her. I felt her pain, because people really don’t know how deep this issue gets. The criticism that dark skin people get from other races, is expected, but from your own people, it’s like a bullet to the soul.

In future articles, I will get deeper into these type of topics, but I just want to share a video of how I felt that same day I seen the picture of Spice before she came out and said it was to prove a point (which took away so much anxiety form a sister hearing this).

iThere are no comments

Begin typing your search above and press return to search. Press Esc to cancel.